Who we are and what we teach

Founded in 2001 by friends Eric Fenster and Ari Derfel, Back to Earth came under the leadership of Eli Marienthal and Jesse Sachs in 2014. It has since grown into one of Northern California’s premier youth wilderness immersion and rites of passage organizations.
‍
Eli and Jesse have been friends since Berkeley High, where they bonded over a shared love of wilderness and the arts. Their wide ranging interests led them on different paths through formal education, apprenticeship and training. In 2014 the opportunity arose for them to take the reigns as co-directors of BTE. Along with their friend Patrick Cook-Deegan (of Project Wayfinder), they put out the invitation for the first young men’s wilderness retreats and the seed of W.I.L.D. was planted.
‍
Thinking back to their own formative experiences in the backcountry, in established programs and on trips of their own design, they began asking: “What would we have wanted when we were teenagers? What kinds of mentor relationships would have been useful to us? What were we able to find for ourselves and where could some good advice have saved us a lot of time and heartache?”  From these answers, and with the guidance of their teachers and mentors, the seed has grown. 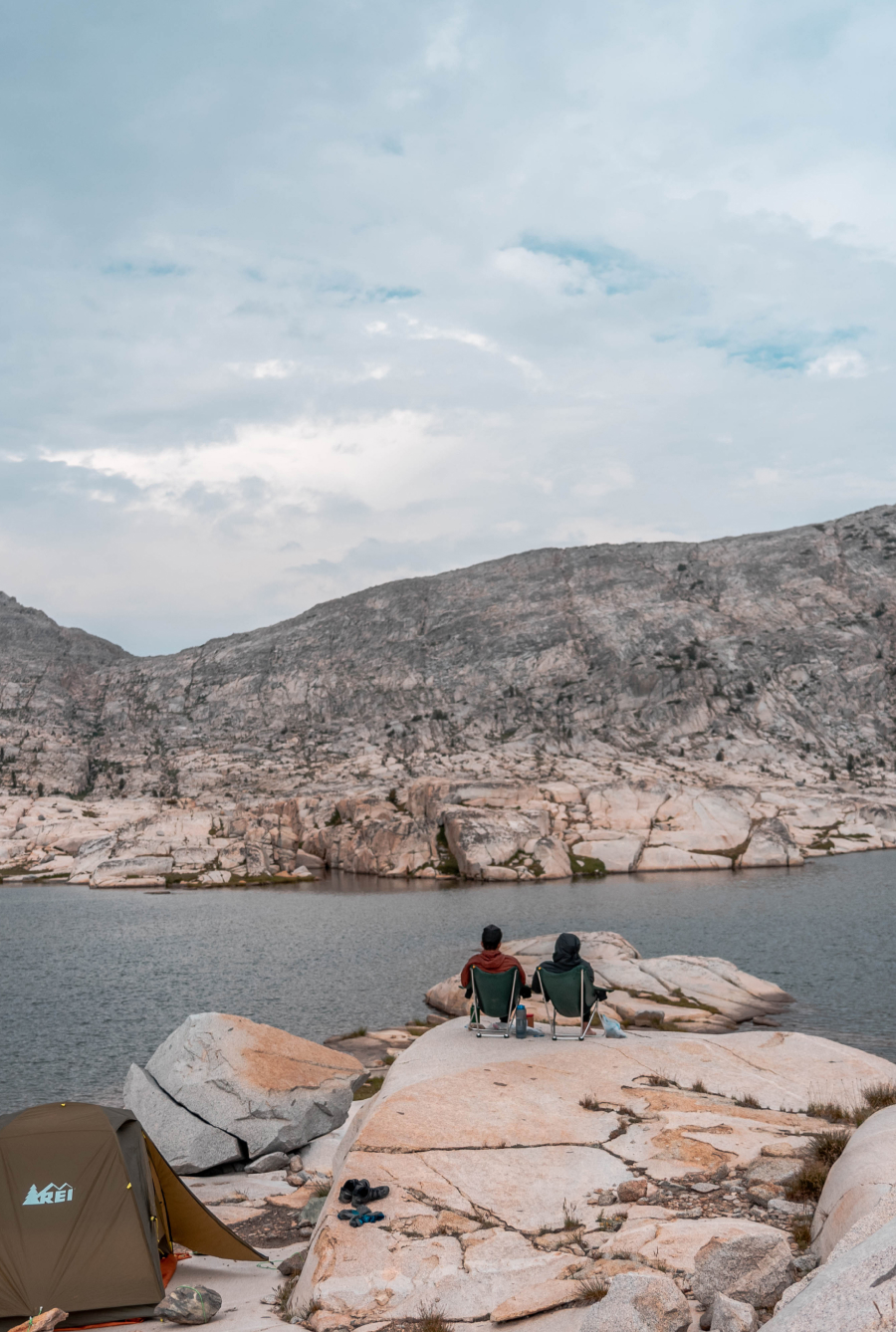 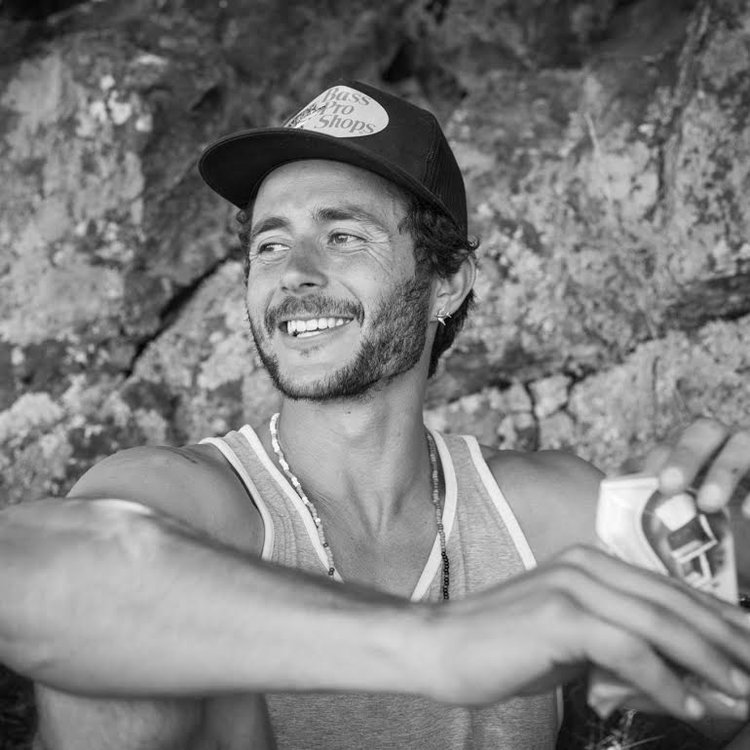 Eli is a lifelong learner and educator. He is Co-Director of Back to Earth and a founding faculty member of W.I.L.D., where he guides wilderness rites of passage adventures for teens and young adults. He is trained through The Tracking Project in Corrales, New Mexico, a non-profit led by John Stokes devoted to peacemaking, nature awareness and cross cultural respect. He is a NOLS alumnus and a certified Wilderness First Responder.

Eli holds bachelor’s degrees and a master's degree in comparative literature and international development studies from Brown University, and is an “all but dissertation” PhD candidate in the Geography Department at UC Berkeley. He has conducted research in Haiti, India and the United States.

Eli is also a poet, songwriter and spoken-word performer. He is a former Youth Speaks slam champion and a national youth slam team member. As a young person he worked extensively in regional theater, including at Berkeley Repertory Theater, ACT and The Magic Theater, as well as in film and television. Notable credits include The Iron Giant, Slums of Beverly Hills and American Pie I and II. Contact him at eli@backtoearth.org 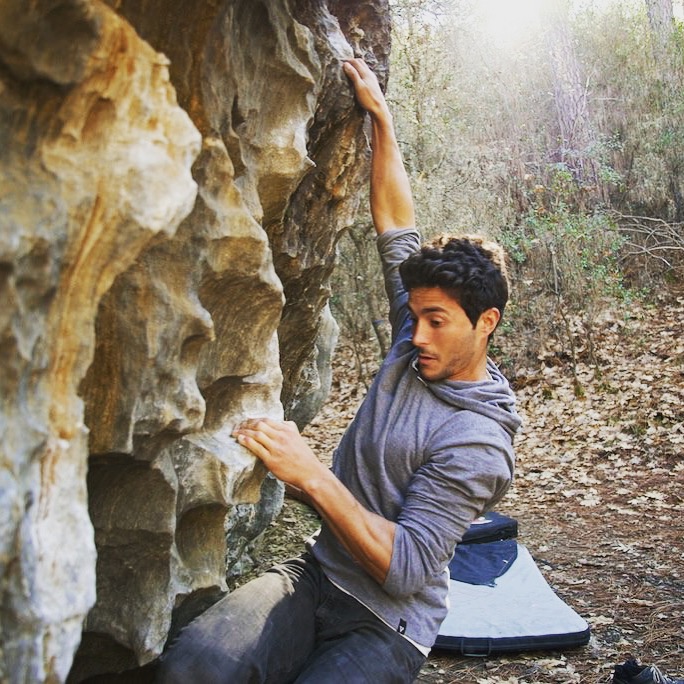 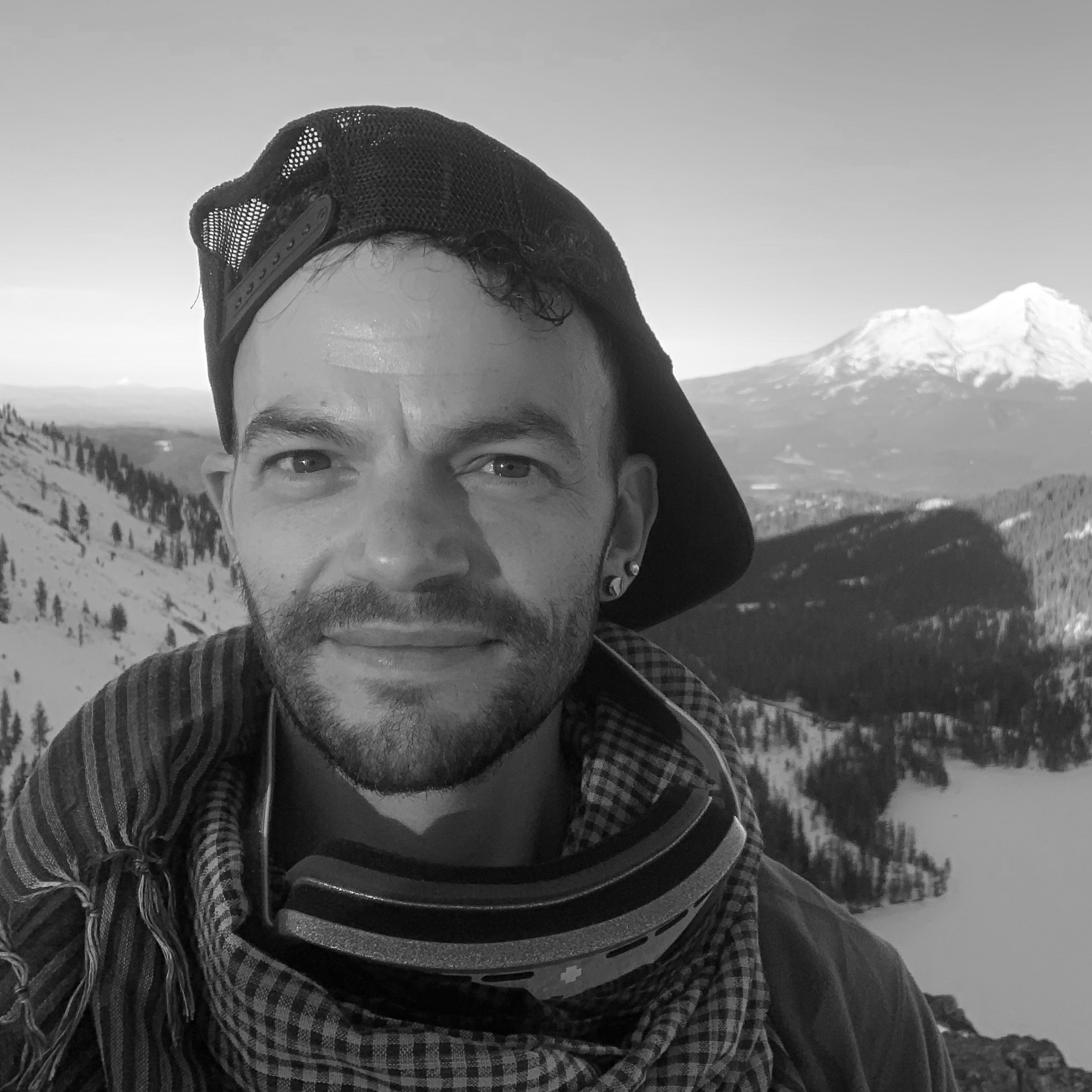 Jesse Sachs has always found beauty, wellbeing and a sense of belonging in the mountains. He’s been backpacking in the Sierras since he was an infant on his mother’s back. He trained early on as a wilderness guide, and has studied extensively in outdoor education, leadership, and wilderness medicine with NOLS.

Jesse also kindled his passions through an education in ecological design and the arts. He received a Permaculture Design Certificate from the Permaculture Research Institute in 2009. He later received an MFA in Combined Media from Hunter College in Manhattan in 2010, where his thesis project included several productive food forests around New York City.

Before starting work with Back to Earth, he spent a year managing Oz Farm in Mendocino, starting an organic CSA and tending an antique apple orchard, all while honing his skills as an herbalist. In 2014 he joined as a founding member of Thrive Choir, a project dear to his heart that continues to serve as a vehicle for expression and activism in his life. His broad experience connecting to and participating in nature and the arts serves as the foundation for his work as a guide and mentor. Contact him at jesse@backtoearth.org 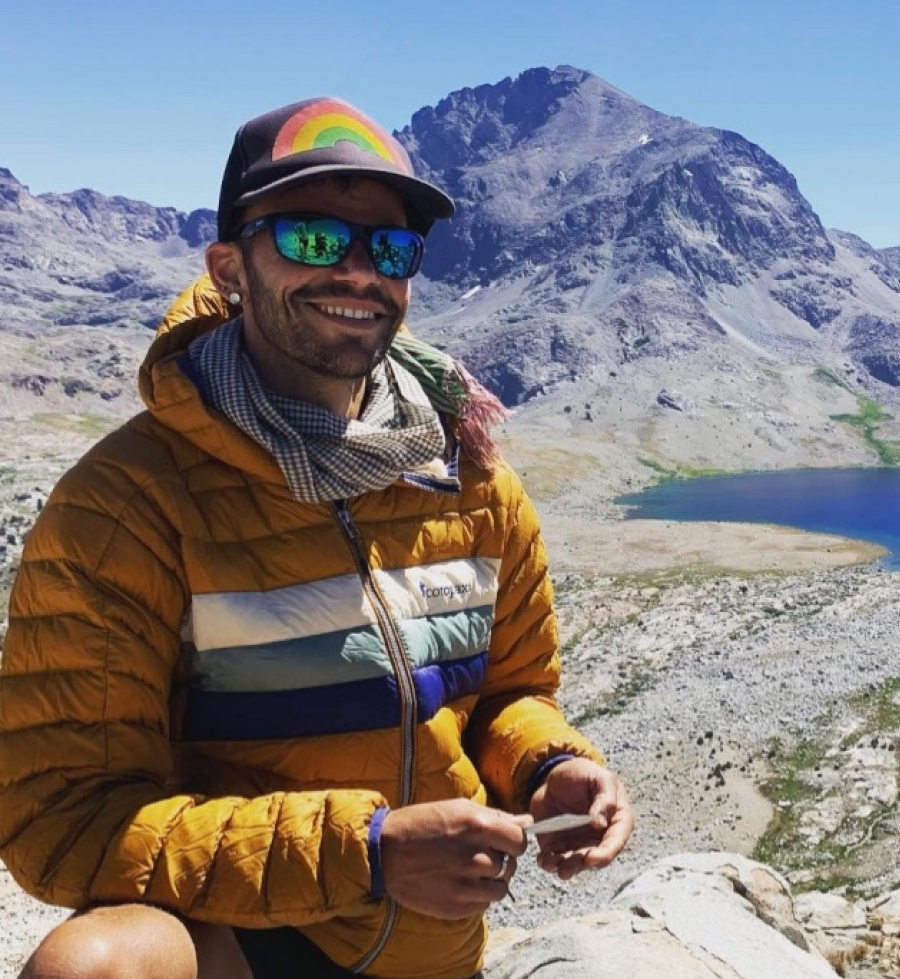 The four pillars of Back to Earth’s philosophy and pedagogy are Gratitude, Joy, Meaning and Honesty.

We teach that our original instructions as people are to honor with gratitude all elements of creation, remembering that our lives come from the earth, from the elements, and from our relationships to the natural world. Gratitude is the first step to finding ourselves and mending our world. From ritual practices of thanksgiving, to gratitudes shared around a fire, to the quick and spontaneous outbursts of thanks let loose as we navigate over mountains - building a culture where gratitude is flowing and explicit is at the heart of all we do.

We celebrate joy as an essential expression of our healthy humanity and one of the most beautiful gifts we can offer ourselves, our communities, and our world. We teach that there is joy in exertion, in testing our limits, in wildness; in defamiliarizing the mundane and becoming familiar with the mysterious. In service of joy we sing, we dance, we play, we swim. Cultivating joy nourishes our life force and makes us capable of being truly of benefit to others.

We make meaning in our lives by taking time to pay attention, especially to what is happening internally. A rich interior life is a birthright of all people, though it is often squandered in the busy pursuit of external validation and immediate gratification. We teach that life is enhanced immeasurably by becoming both aware of our emotional landscapes and able to navigate them with skill and purpose.

We cherish honesty in all of its many forms. Honesty with oneself is the root of personal accountability. Honesty with others is the foundation of healthy relationships. When we speak our truth, it nourishes our own life force and gives others permission to speak theirs.

A note on lineage from John Stokes

Over the years, we have developed relationships with elders and mentors who have trained us and whose teachings underlie all that we do. 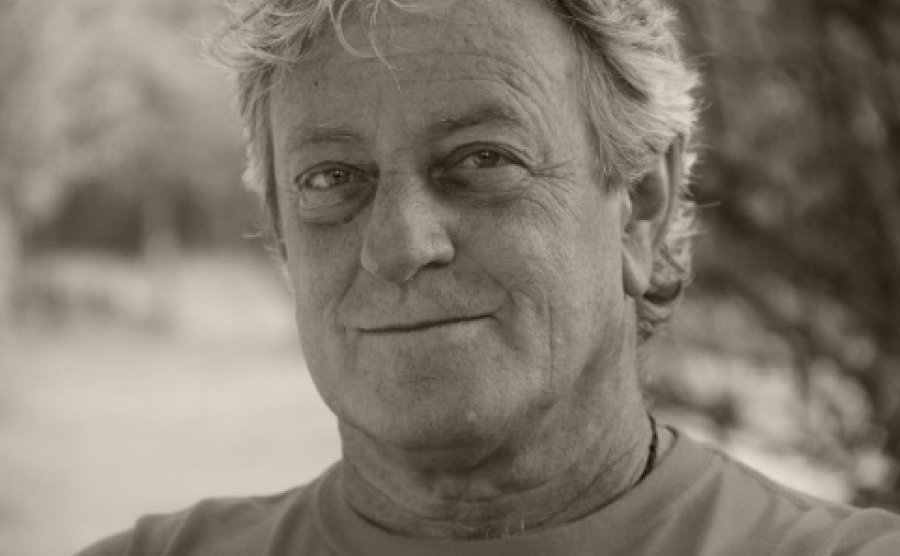 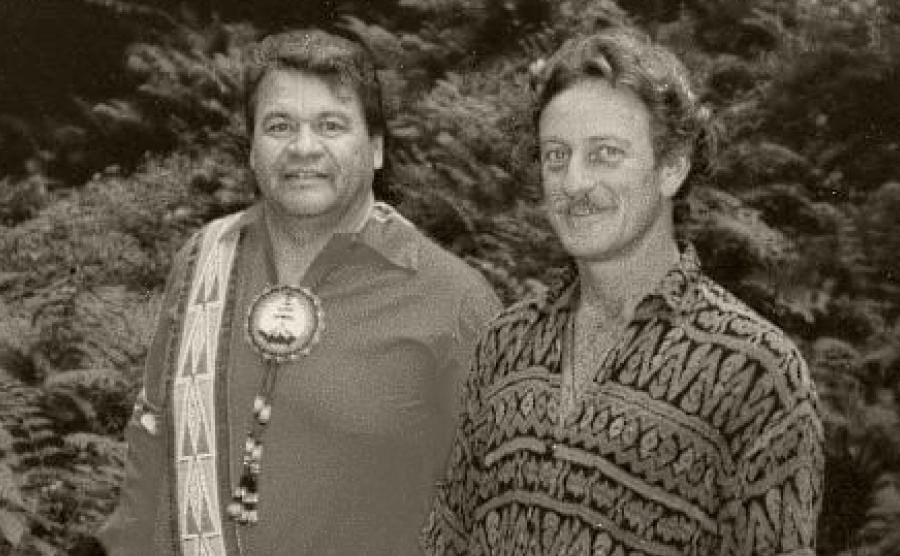 We begin each day by saying The Words Before All Else, also known as The Thanksgiving Address, which we learned from John Stokes and The Tracking Project. John has worked for decades to share the Words with the world. In collaboration with and at the behest of his friends and elders, John publishes a version of the Thanksgiving Address that includes translations between the original Mohawk and eleven other languages.
‍
Click here to see a video of John on the origin of his edition (start min 2:24).

Back to Earth is honored to be part of the transmission of this beautiful tradition. We offer our thanks to the late Mohawk leader Jake Swamp for his vision and the Haudenosaunee people for their generosity in sharing this way of life with the world.

Our solo ceremony and much else come from George Bertelstein, spiritual leader of Medicine Path NAC in Berkeley, CA. George is a renowned counselor, teacher and medicine man, and the author of A Clear and Simple Prayer: Self-Healing and the Path of Unlimited Love, Peace, and Happiness. George has helped many people with his unique articulation of the goodness of people and the power of prayer. 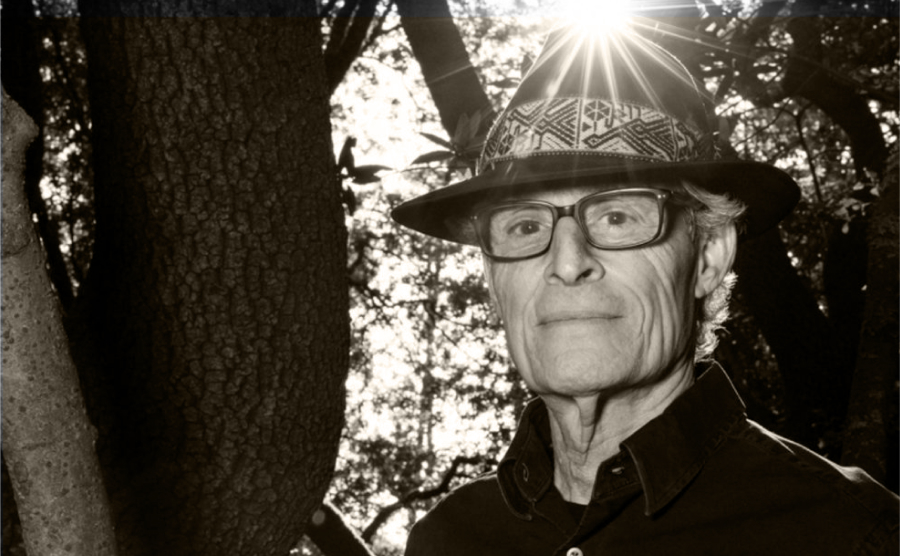 George’s first teacher in the the ceremonial way, Barrett Eagle Bear, was a sundancer and held the women’s sweat lodge at the Taté Topa sundance. Taté Topa is run by Norman Running of the Rosebud Sioux Nation, who also sits on our Advisory Council. The Running family comes from a long line of Lakota medicine people and ceremonial leaders. 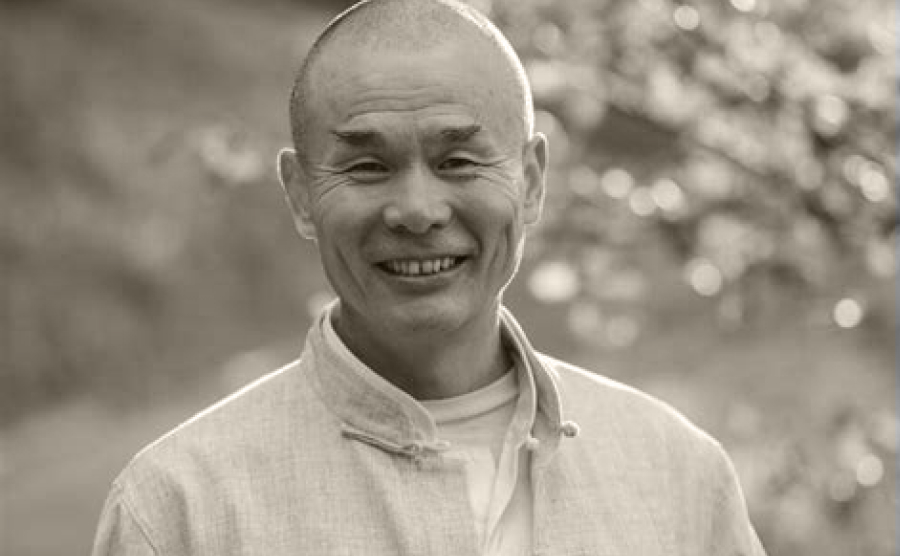 Eli and Jesse have also found much personal healing and a way of accessing and interacting with the unseen through their practice of qigong. They’ve both learned from and practiced with various qigong teachers, primarily in the Ren Xue tradition. They are grateful to its originator Yuan Tze and his partner Melissa Liu for their transmissions and training. Jesse is a certified Ren Xue teacher.

It would be impossible to acknowledge the innumerable relations that fill our lives and sustain our work. Here are some of the people and organizations we are connected to, who support us, and whom we support.